A Paradigm Shift In Progress 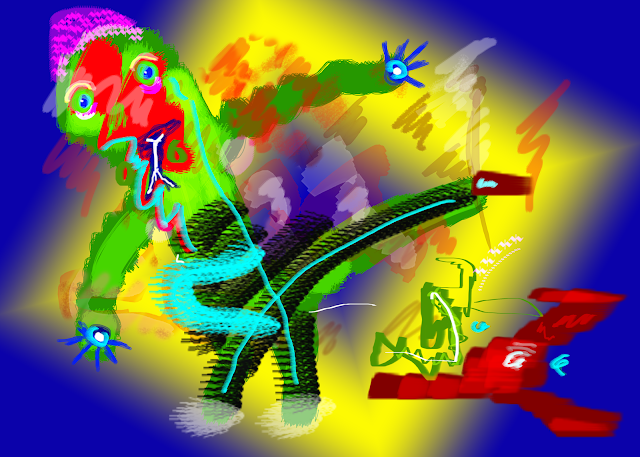 Events in my life were crucial towards the development of the following theology. I could have read all the books in all the libraries and heard every lecture in every university and still not have gleaned the particulars necessary to understand and then discover. Couple the events of my life with twenty-plus months of focused reading while contemplating the events within particular Old and New Testaments passages and I am now able to present to myself and the reader of this tome a more than less rational perspective of the will, intentions, and demeanor of the Creator in regards to Its purpose for creating all that is within the universe as we know it. Not a small accomplishment, if I do say so myself.

I like the conjunctive word Hanscyrus. I thought of the word after watching this Ted Talk. The Hanscyrus theology concludes as such: the Creator seeks to know and understand the concept of Love, because It wants to transform Itself while in concert towards the creation of another entity equal to and similar to Itself with which It can then love and be truly loved in return. Its human creation is an important focal point where It is keen to begin to realize and thus understand the qualities within the entity or entities of Love It wants to impart to Its partner.

From kindergarten to high school no matter the subject every Western student is indoctrinated with attitudes of "why this happened is because of this," and "if I do this then that will probably happen," cause and effect relationships.

Similar to a Western astronomer who observes the events surrounding the blackhole to infer its nature and qualities, certain aspects of creation lead towards not trivial inferences of the nature of the Creator; inferences made always with a degree of probability determining the sense of certainty as to the validity of the statement. I will venture and build my thoughts within the realm of what is known by the senses, and tending to shy from introducing hypotheticals.

Since I was knee-high, to family I was the faggot who didn't know he was a faggot …, yet. This is what family members told anyone and everyone everywhere I went as I grew up. Nineteen, twenty years old and the realization is slowly dawning on me, until one day I can avoid the realization to myself no longer.

I had been given a weekend furlough from Hudson Correctional facility. I climb inside the Dodge Dart Swinger; Moms is driving.

"Mom, I think they're putting chemicals in my food," is the first thing I say while Moms navigates the car around the parking lot to the main gate. I'm pulling up my socks …? maybe? I'm doing something while expecting her to respond with a question to clarify further what I just said, such as, what are you talking about? Chemicals? and as I settle myself into the seat of the car it took about ten seconds after she answered me for the blood to drain from my body. I felt like I'd just been stabbed in the chest, and I felt like I was about to die. I'll never forget the words.

"Oh, Kurt," she says. "They would never do that. You know they could get into so much trouble they got caught doing that." The hour drive was in silence. I had thoughts of swinging my fist around once or twice to her face … while she drove … .

I thought afterwards I should've said something else, to change the subject, because Moms now and for all time forward acts more and more unfriendly, and nasty, … yeah, because she now knows I know, too. I didn't think to play dumb.

Moving farther away from home after my first bid brought no resolve. I now have thoughts to kill, and it's sad.

I'm at State prison as a parole violator; second time around. Wow. If I keep my mind occupied the time will go fast, and this time after my release I'll move farther away from my back-stabbing family. Nothing I do works.

I'll begin with an introductory question for one to ponder for a spell, why did the Creator create the dinosaurs?