Good God, Put The Beast To Sleep In The Minds Of Men Already

POV - Computer screen
"The Book of Deuteronomy has a history


quite peculiar to itself. Its old
traditions and law code (12-26)
are put forth in the form of "discourses"
of Moses before his death.
The extraordinarily intense and hortatory
tone fits the mood of a discourse.
The book contains possibly the preaching
of the Levites in the northern kingdom of Israel
before its fall in 721 B.C.
If this book is situated in its proper historical perspective,
its true impact is more vividly appreciated.
It is the blueprint of the great "Deuteronomic" reform
under King Josiah (640-609 B.C.).
This was an attempt to galvanize the people
into a wholehearted commitment to the covenant ideals,
into an obedience motivated by the
great commandment of love (Deut 6:4ff).
Israel has yet another chance, if it obeys.
The people are poised between life and death;
and they are exhorted to choose
life--today (Deut 26:16-19; 30:15-20)."


I wanna go shopping
with DENIKA for a few hours.


They just pulled into the garage downstairs.
They'll be up here in a few minutes.


Look at these, Mom. Tory Burch.
They have a showroom here in New York.


Vapid verbs appear to move no air, make no sound
I have an excellent command of the English language
but words won’t rhyme I forget what I just thought, all the time.
…,


I will be thrilled reading and watching timelines of young folk unravel secrets from the treatise and delving into Murgatroyd's future cognition.
Encouraging you, MILEY Cyrus, to pursue this quest
for ourselves will be all I want.
…,


A scene for a MILEY Dream is coming up. Interesting.

MAIDEN AMERICA sits up with feet on floor.

MILEY, imagine: we both have four, six years of academic education, training pertaining to "electrical systems." Five, ten years later, and we have these cool bio-chemo-electro-mechanical robots
†

that we both have been understanding the concepts of electrical systems with and, lately we have unsuccessfully attempted to install an ever increasingly complex Picture Three form of cognition 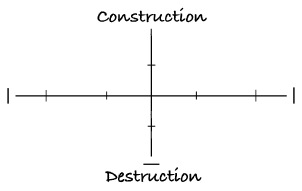 upon this robot's computer system. While on the plane back from a Neural Coherence Conference, you turn to me, take hold of my arm. My eyes open and I turn my head and watch you speak the Nobel Prize winning clue, you saying (something such as),
"The calcium in the bone of the skull. The spherical container of the skull … is composed of positively-charged calcium … thin on top, thickens on descent … may cause the NPN, PNP transistor juncture gap which creates a magnetic flux which holds and centers it, (i.e. that thing in the back of the eyes) …!" A moments thought and I respond with, "It may. On first thought, seems possible, yes."

MILEY, you thought of it first! We arrive back at the complex and for weeks we're attempting to create a similar environment for that "thing" to reside inside the cute little robot I wrote about earlier.

On a November 23rd we hold a news conference detailing the discovery we made and demonstrate to the world the functional system we have installed into that cute little robot. You bought? Hot Tuna's album Burgers, because of the Water Song.
MILEY, believe.
Someday … Murgatroyd will live …!